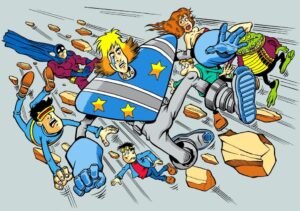 ‘Mr. Custa’ is began life as a brand-spanking new radio sci-fi comedy series created and written by Phil Whitmore. It follows the misadventures of the eponymous hero – a brilliant, but irrational rock star from the Planet Tharnog.

The planet Tharnog was, according to Mr. Custa: ‘…a beautiful mixture of metropolises and multi-layered gardens; vast seas with many underwater cities, towns, villages and holiday camps. People got on with everybody and there was no crime.

In fact, everything about my home world was idyllic.’

But then it came. An entity that calls itself ‘Evil from beyond time and space’ This higher being cannot exist in its true form in this galaxy, so it has to gather together its hosts – in other words, unsuspecting members of the public: humanoids.

And so the War of Evil happened. As the few struggling survivors battled against the possessed and try, rather hopelessly to preserve what was left of Tharnog. But the Evil entity didn’t stop there, it destroyed many more worlds in the galaxy. And with Mr. Custa’s own grown-up daughter missing, presumed dead, there was only one thing to do: steal a ship and blast off into the inky black depths of space, where he thought he would die…

At least that was what was meant to happen. The Wormhole soon saw to that. The Wormhole was exactly as it sounds; a giant wibbly wobbly thing in space. Except that it was guarded by a giant-sized wiggly terror, that eats anyone who tries to enter.

Mr. Custa had no choice but to enter. Passing out on the floor of the control room, he soon felt the effects of passing straight through the Worm and out the other side. It was a traumatic, but uplifting experience; and one that would knock thirty years off of him; making him now thirty-two again.

With this new found life, Mr. Custa visited many different planets in the freaky B-universe and gathered together his rag-tag band of merry alien misfits; Sia (a feisty 21-year old (tribal) lizard girl from Tekhen), Brok (a cowardly rhino man from planet Brum) and the Fly. After this, his (by now fully packed) spaceship, crash-landed on the planet Htrae; a parallel Earth, hereby some things are the same, but others are very different. For instance, on this side of the Worm Hole, it is now January 1st, 3000.

The dawn of a new Millennium. 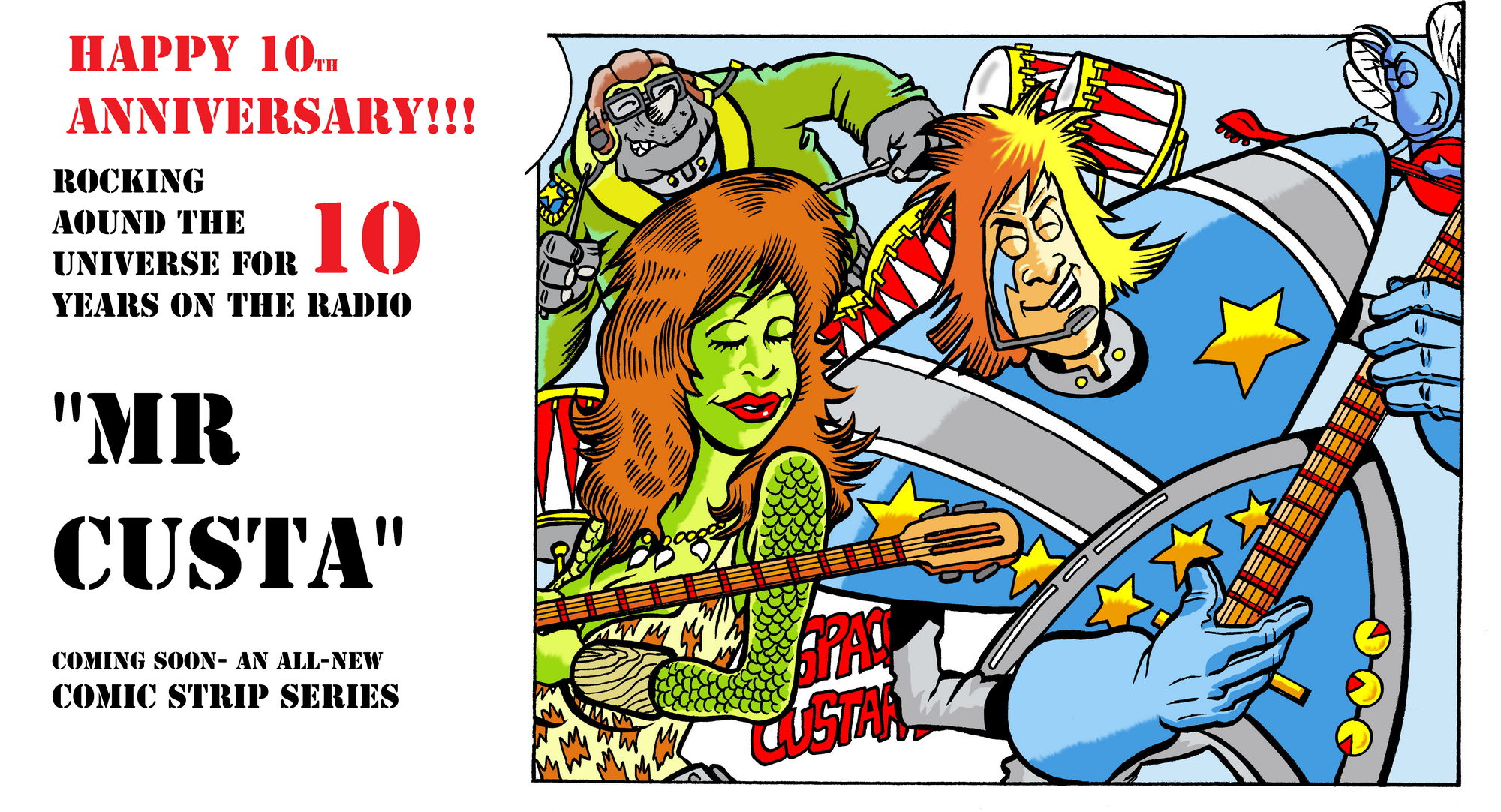