MR CUSTA: The intergalactic Rock Star and Kicker of Alien Butts is back for more!

and FLY: a talking fly with a sarcastic wit. 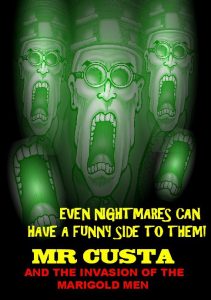 But of course, what are our heroes if it weren’t for the villains? And here they are!

EVILONE: (pronounced Evil-O-Knee) is from the order of short, mad Muhaha-ing monks that waged war on space many moons ago.

RED: Was originally human but got turned into an “overgrown scarlet cry-baby” monster by Evilone when he broke into Evilone’s castle to steal stuff.

THE MARIGOLD MEN: Six foot soldiers with tea cosies on their heads. They kill with their deadly yellow rubber-gloved hands, or failing that, with guns.

FASCINATING FACT / EASTER EGG: This comic book was seen on television across the Midlands during late 2015, when it featured in the opening titles of “The Big Centre Magazine”, presented by Lee Bannister (hunt down the video on his website and you might win a bag of fresh air!) 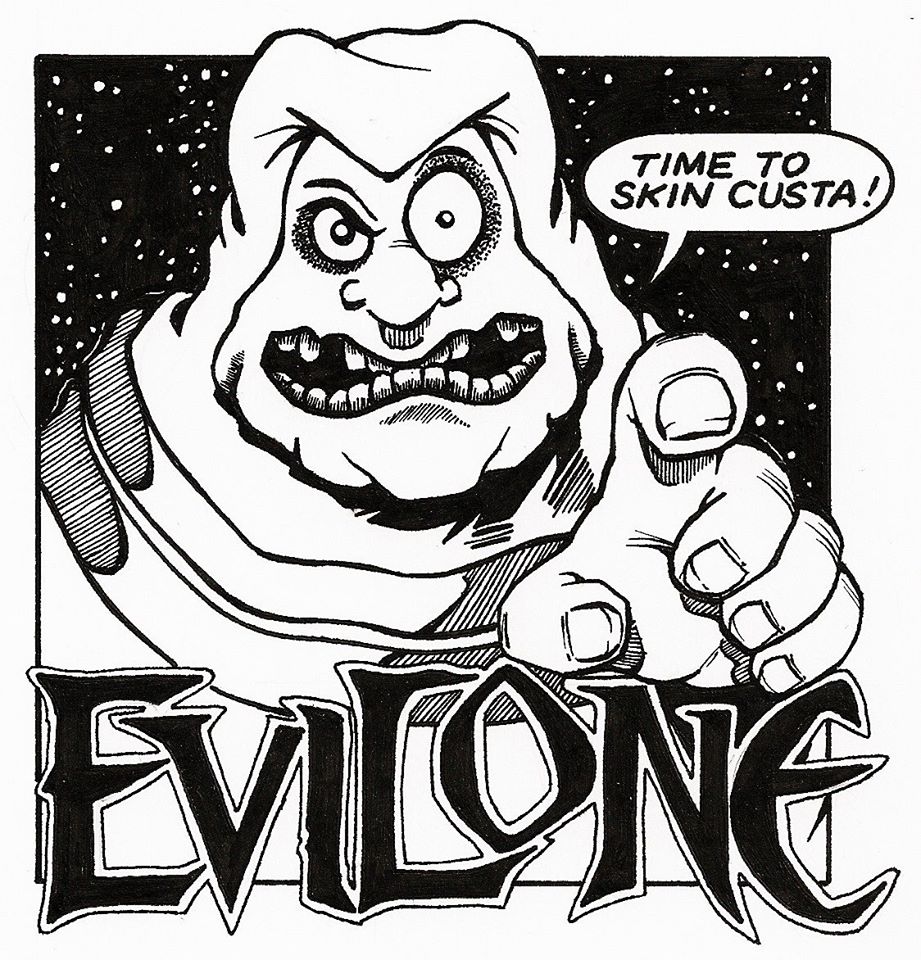